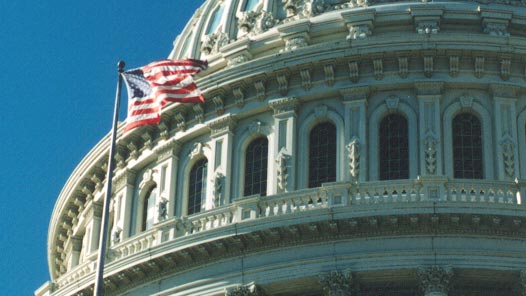 Last week, the U.S. House of Representatives approved H.R. 2217, the Fiscal Year 2014 Department of Homeland Security Appropriations Act, by a vote of 245 to 182. It’s one of 12 annual appropriations measures Congress is expected to approve to fund all federal programs in Fiscal Year 2014 – including programs that benefit the fire and emergency services. The Senate now has the task to approve its own measure. The likelihood of the two chambers agreeing on a final version that the President will sign into law remains in doubt. However, at least for now, the fire service should take notice of last week’s House vote and the message it delivered.

Sequestration still looms over Washington like a dark cloud, continuing to threaten funding for most federal programs. Yet rather than gutting fire service programs, the House bill preserved them. Starting with AFG and SAFER, the measure contains $340 million each for each program. This is $5 million more than the combined funding levels for the programs in Fiscal Year 2013. The United States Fire Administration (USFA) and the Urban Search and Rescue (US&R) System maintain funding at the Fiscal Year 2013 level — $44 million and $35.18 million respectively.

So how did the House derive at these figures? Well let’s give credit where credit is due starting with Fire Caucus Chairman Dave Reichert (WA-8) and Congressman John Deleney (MD-6) who sponsored an amendment that preserves USFA’s funding at the FY2013 level. Without the amendment, the House bill would have reduced USFA’s budget by $1.8 million. Congressman Jon Runyan (NJ-3) and Congressman Bill Pascrell (NJ-9) deserve the lion’s share of the credit for the $5 million increase in AFG and SAFER, having championed the floor amendment calling for the increase. And Congressman Michael Grimm (NY-11) and Congressman Gerald Connolly (VA-11) offered an amendment of their own that preserved US&R funding also at the FY 2013 level. It’s worth noting that each amendment was sponsored by Republicans and Democrats, all of whom are members of the Congressional Fire Services Caucus.

Without patting ourselves on the back too hard, the national fire organizations, including the Congressional Fire Services Institute, worked closely with these members to generate support for the amendments. Prior to the House vote, the organizations delivered letters of support to Capitol Hill conveying how these programs enhance the readiness and response capabilities of our nation’s fire and emergency services. By speaking in one voice, the organizations got Congress to listen to our concerns and they responded accordingly. When it came time for the floor vote, all three amendments were unanimously approved – no small feat in today’s political environment.

While this was an important victory, there is still much work to be done. Now the focus is on the Senate side where the FY14 Homeland Security legislation will be considered. Discussions are already underway between fire officials and Senate appropriators. While it is too early to speculate on the amount of funding the Senate will propose for USFA, AFG/SAFER, and US&R, you can be assured that CFSI and the other national organizations are monitoring Senate activities and will assert themselves when the time is right. That’s how results can be achieved in this town – by working together.